The accomplished composer, pianist and singer STEPHA SCHWEIGER began her musical career in the fields of indie/wave and dived into the world of experimental electronic sounds in the early 90s. Her musical style, which she cultivated in various studios and institutes in New York, Berlin, Paris and The Hague, is part of a never-ending process. Following the completion of her composition studies at the Berlin University of the Arts, she went back to the roots of her very own musical revolution. Whether songwriting and producing electronic music or composing musical theatre and ensemble music, her creative output always reflects the burning political and societal issues of our age, spurring and inspiring her to new heights. Between 2017 and 2019, her musical theatre, “The Mark on the Wall”, took to the stage in London, Berlin and Ulm. 2018 she was invited as a composer to the “musikprotokoll” at Steirischer Herbst festival for contemporary and experimental music in Graz.

STEPHA Schweiger | when i was a bird 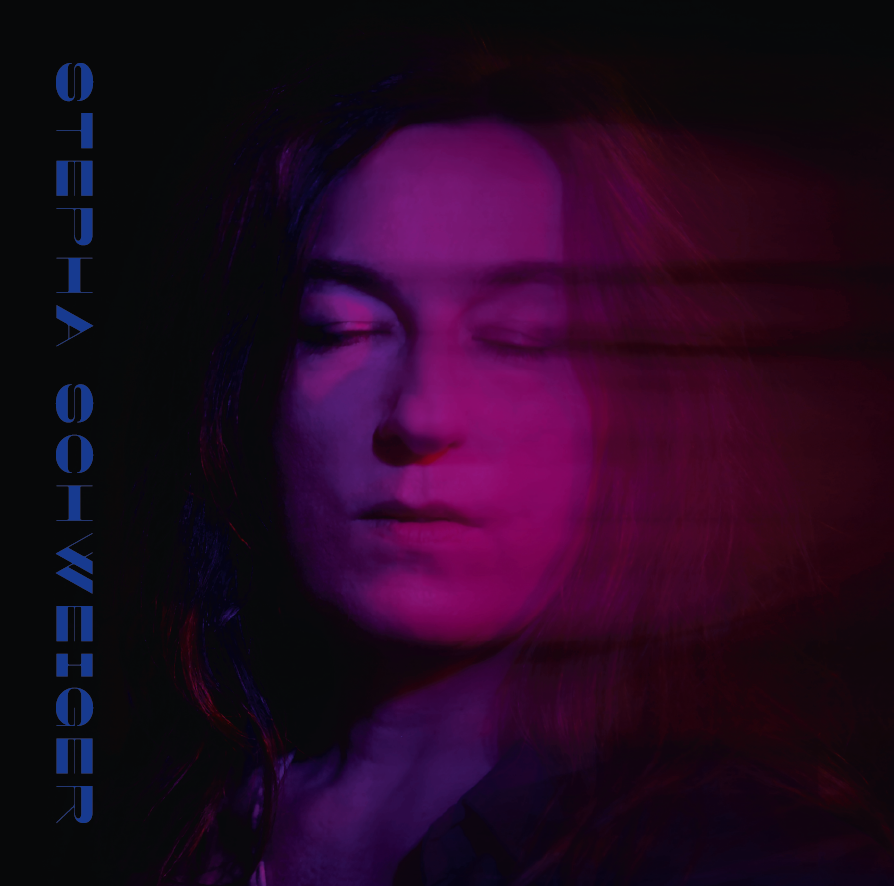 The new album from the Berlin-based composer, pianist and singer STEPHA SCHWEIGER offers a fascinating and wonderfully spherical mix of 80s pop, electronics, avant-garde, chamber music and psychedelia. produced and arranged by KURT DAHLKE aka PYROLATOR (DAF, FEHLFARBEN, DER PLAN). “When I Was A Bird” will be available as a CD in digipack format and as a limited, coloured vinyl edition.
both Stepha Schweiger and Pyrolator reinvented themselves to emerge with a whole new sound. Exhilarating and poppy, dreamlike and calm – with a hint of “psychedelic” – irresistible beats and synthesizer sounds are woven into the music. Stepha Schweiger’s inimitably haunting voice, coupled with the words of the New Zealand-British writer Katherine Mansfield, permeates the natural ebb and flow of every chord, lending the album a celestial sense of lightness. Stepha Schweiger gives vent to emotions and her style is steeped in authenticity, resulting in a spherically crafted album of indie-pop ballads in which every track evolves and culminates in a unique, but always surprising, trajectory. Stepha Schweiger flavours her captivating creations with electronic and avantgarde elements.
Now on her 6th album, “When I was a Bird”, Stepha Schweiger has for the second time taken the lyrics of Katherine Mansfield as her inspiration. The first album in this cycle, “Now I'm a Plant”, was produced by Hanno Leichtmann and released on CD in 2019. Katherine Mansfield’s writings focus on timeless, enduring topics and universal emotions: Brimming with the deep inhalation of nature, the longing for a lost homeland and other aspects of today’s world, her words are not only thoughtful and sensitive but whirling and colourful like a kaleidoscope. With his arrangements of club beats, 80s pop and even orchestral music, Pyrolator has forged a magical spectrum of sounds that seamlessly blend into the songs. This combination brings to the fore the innate vulnerability that dwells deep within Stepha Schweiger's voice, making it all the more enthralling. The structures he created are not only reminiscent of visionary film scores, but also awaken fantasies of stirring technobeat pop with the power to catapult listeners to faraway worlds. Featuring FRANZ BARGMANN guitar (MICHAEL ROTHER PLAYS NEU!) & Penelope Gkigka violin. front cover photo by marzena skubatz. 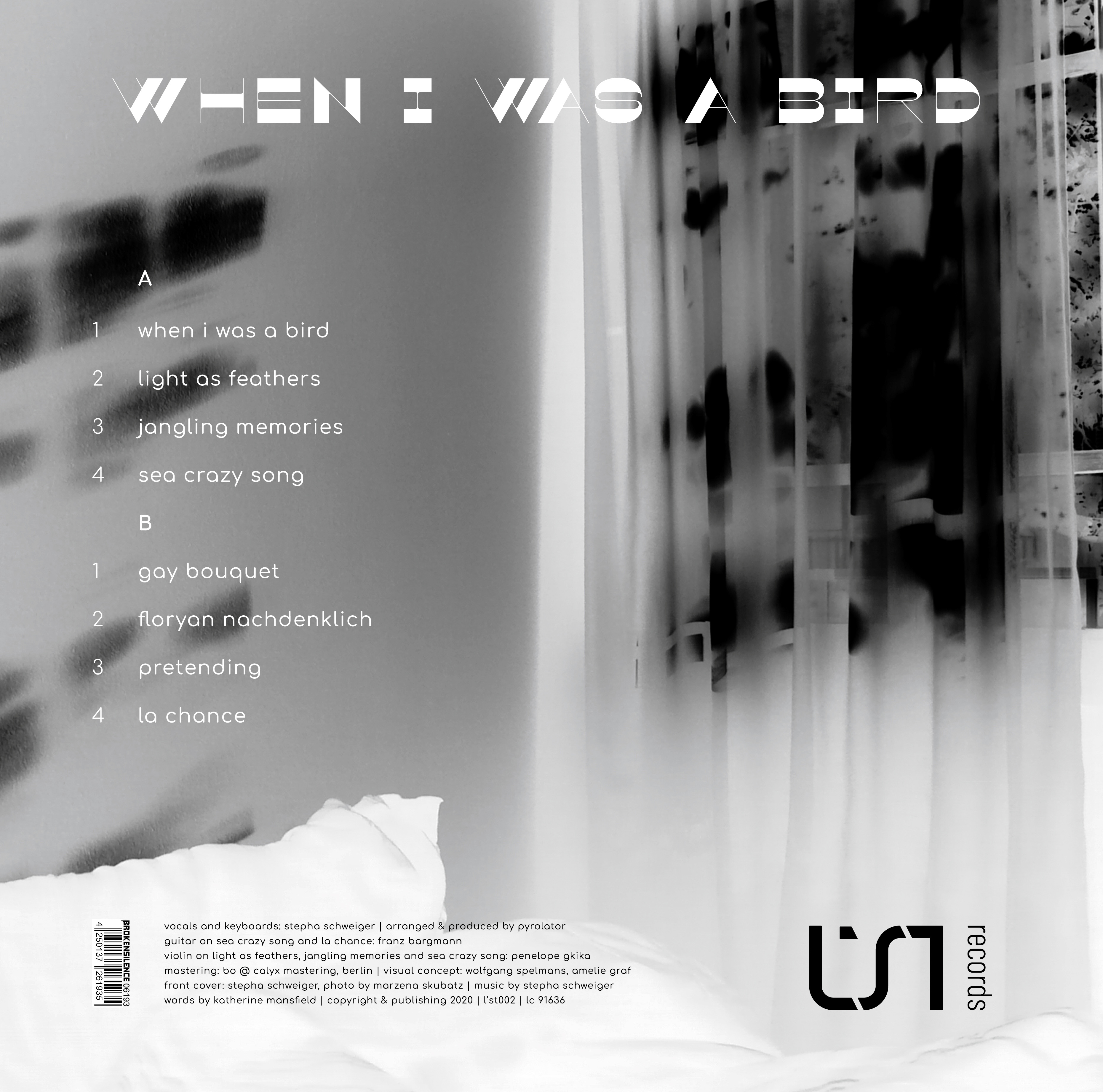 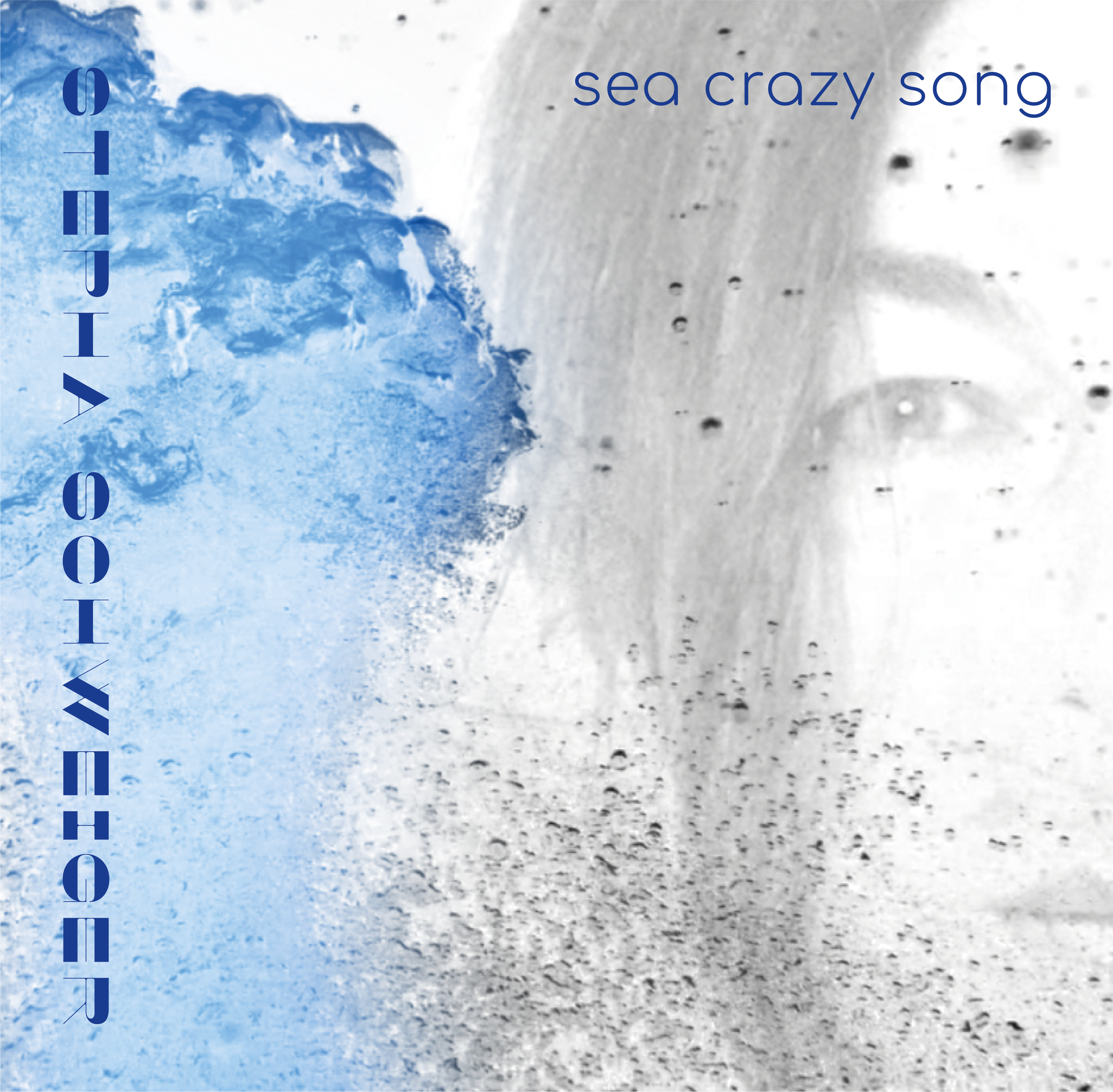 “Sea Crazy Song”, the first digital single to be released from Stepha Schweiger’s new album “When I was a Bird”, is an homage to the sea with an eye to the future.

In the poem “Sea Song” by Katherine Mansfield, the protagonist makes a conscious decision to think no more of the sea. In her mind’s eye, she sees the memory, fully laden in human guise, wandering between the never-ending to and fro of the sea, constantly searching with a “Crazy Song” on her lips. Then the memory merges with the whisper of ghostly waves on the shore. But the sea becomes ever louder and ultimately drowns out all other sounds...

Lasting all of six minutes, “Sea Crazy Song” is punctuated by the rhythms of crashing waves and ambient seaside sounds, all of which coalesce with the captivating voice of Stepha Schweiger to conjure up a moment of sweet melancholy in the here and now.

The video for “Sea Crazy Song” was produced by Pyrolator and offers a visual feast of mellowly merging images.